Evangelism is the focus of Peter Rahme Ministries 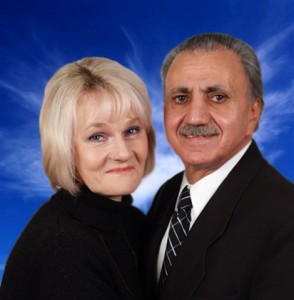 Peter Rahme Ministries is an evangelistic ministry focused on reaching a lost and dying world for Christ. We also focus on mobilizing the Church for an overripe harvest by teaming up with pastors to bring revival, evangelistic teaching and methodology to their congregations.

We are dedicated to working with churches and ministries to impact their communities with the life-changing gospel of Christ, teaching and preaching since 1981. Our gifts in this area are to stir up local churches and teach and equip them to do the work of the ministry by the power of the Holy Spirit. When a pastor and evangelist team up, lives are changed, souls are won and churches grow.

Read more about the work of an evangelist here…

Evangelist Peter Rahme
Peter is an itinerant evangelist and teacher of God’s Word. He received Jesus as his personal Lord and Savior on May 27, 1980. He had reached a crossroad in his life – he was a drug addict, a potential alcoholic, and hadn’t held a job for some time. His lifestyle almost cost him his marriage, his family… and his life. He had been in three near-fatal car accidents, bullets missed him several times, he was stabbed twice, the blade missing his heart by half an inch. But his life was spared. When he cried out to God he was saved, instantly set free and delivered, and has never been the same since. (You can read Peter’s complete testimony here.)

Six months later Peter began witnessing with his church’s street outreach team, and then went on to complete a two-year Bible school course through Rhema Bible School, South Africa. He has traveled extensively sharing the gospel of Jesus Christ in Africa, Europe and the United States. Since he began ministering, Peter has been privileged to see multitudes come to Christ in worldwide revivals, crusades and outreaches, including over 100,000 documented salvations through citywide crusades and street ministry in South Africa alone.

Peter is an ordained minister, and served on the pastoral staff of Rhema, South Africa, one of the largest churches in Africa. He served as the church’s Evangelist for five years conducting crusades and outreaches, often seeing hundreds of souls come to Jesus in a single altar call. This was in obedience to the commandment the Lord spoke to Peter in 1986 when He said “I want you to teach my people how to be strong and courageous and not dismayed – for I am with them always.”

In January 1994, at the Lord’s direction to bring his ministry gifts to America, Peter, his wife, Dyllis, and youngest son, Bradley, relocated to the United States from South Africa. Peter continues to minister throughout the United States and also takes these gifts internationally. God uses Peter to bring salvation and the gifts of the Spirit in signs, wonders and healings as he ministers in the power of the Holy Spirit.

Peter’s wife, Dyllis, and youngest son, Bradley work with him in the ministry in Louisville, Kentucky. His two older sons, Hilton and Grant, live with their families in South Africa, and also serve the ministry in various ways. Grant is currently working on Peter’s first book, a detailed and powerful look into his life story and testimony.